I met with the Architect responsible for designing Meccanica to be built by Cressey in South East False Creek at the corner of FIRST + QUEBEC. He was the speaker at an event that the Society of Iranian-Canadian Professionals of BC.

In his speech, he talked about the role that multi-culturalism plays in architecture in Canada. Having designed buildings such as James, Donovan, Meccanica and many more in the Greater Vancouver area, he is well aware of the guidlines which need to be used to make end users from every culture happy with the end product.

I had a little chat with him about Meccanica:

Mr. Rafii responded that with Meccanica, they tried to make it as simple and functional as possible.

He said that young professionals who want to be close to downtown and want to commute to and from work, and appreciate great design as well as functionality are the primary end users for this project. 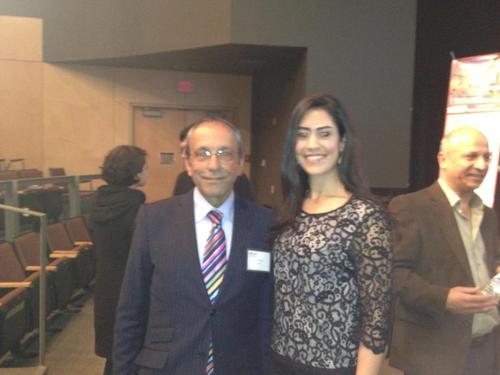